As creatives, stylists find inspiration for new hairstyles, techniques and color from all around them, including straight off of the street. For many, there may be a special colleague, whether a renowned industry veteran, an educator in the field or even an Instagram sensation, who has had a particular influence on their work. Here, four Keune educators reveal their hair stylist icons and how they have had an impact on their creative approach and careers over the years. 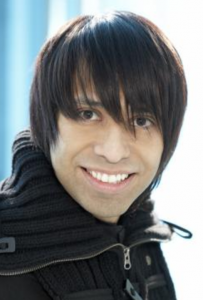 Courtney had the opportunity to share a classroom with Misael about 12 years ago at the ABCH Energizing Summit in Los Angeles. Within the first few moments of meeting him, she was already intrigued. “There was just the coolest vibe coming from him. I had to see what he was all about. So, when my class finished, I stayed for his class and have continued to do so year after year!” says the Keune Academy Trainer.

For Courtney, Misael is art, personified. “From the way he dresses to how he sees things and the looks he creates, there’s an artistic flair in everything he does. I love the way he plays with accent colors in his shapes to really anchor a look. Whether he is taking care of clients in the salon or creating avant garde looks for stage and classroom, they all have his unique signature,” Courtney explains.

She describes her stylist icon as a warm, positive person who is approachable and always willing to share his talent with others. Courtney has personally been inspired by his boundless energy. “Misael was the first educator that showed me how to embrace the love of how things work with the creative energy to feel like an artist. I hope more people can be influenced by Misael’s talent in the future,” she says. 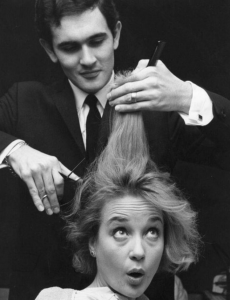 Early on in his career as a hairstylist and educator, Cory came to know the work of hair industry veteran Roger Thompson through a co-worker. “The more I read about him and looked at his work, the more I realized why he was named ‘the best hands in the business,’ and he quickly became my favorite haircutter,” says Cory. “The coolest thing about him, in my opinion, is that he was an ambidextrous haircutter. He would switch back and forth from left to right, cutting hair with each hand during haircuts.”

Cory continues to be inspired by the timeless geometric shapes Roger, who sadly passed in 1999, used in his cuts. “He is one of the creators of haircutting as we know it. He helped create precision haircutting,” he says. “It’s hard not to be influenced by him—his technique is in every haircut. Keep it clean. Keep it simple.”

But the haircutting pioneer’s technique isn’t the only thing that inspires Cory. “He was a leader, he was humble, he was creative, and he did things his own way with integrity and dignity,” Cory says. 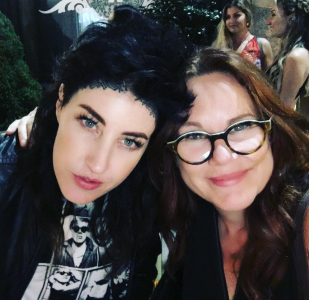 Several years ago, Peter McVey was introduced to celebrity stylist Ruth Roche by the owner of the salon where he worked. “At the time, she thought [taking a class with Ruth] might be just what I needed to inspire some new cuts and looks for my clients. I signed up for what became my first of four trips to see her,” he says.

Peter has been inspired by Ruth in his own approach and work as an educator. He says, “Ruth lights up the room when she walks in, making you feel very at ease. From the time her classes started until they ended—and they were full days—I never felt overwhelmed. Never did I feel like I was in a class. This way of learning is what I have tried to pass on with team members and other stylists, and still carry with me even today.”

“I’ve learned from Ruth that you’ve got to laugh a little and cry a little or it wouldn’t be real. Take all the wonderful gifts you’re given in this career, and use them and share them. That lesson will be with me always,” he says. 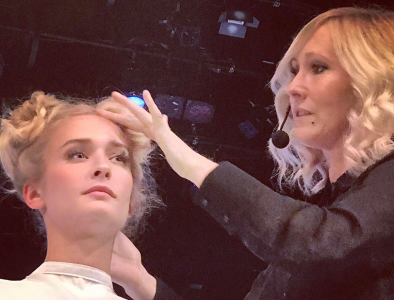 Amber first discovered the work of Tracey Hughes in industry magazines and was able to find out more about her and her work as social media became a huge platform for the hair industry. “Cool to me is staying true to yourself and your style, and I really respect that about Tracey. I love her clothing style, her attitude and her work,” says Amber.

The fact that Tracey’s work is so different than Amber’s is what she finds most inspiring and appealing about the hair stylist icon. “I find myself trying to step outside of my comfort zone and challenge myself. I feel like her work makes me think, ‘How would I do that? What if I did it this way?’ and I really like that,” Amber explains.

She adds, “You can tell her approach is well thought out and perfectly executed. There is always an amazing balance between cut and color.”

While Amber hasn’t had the opportunity to meet Tracey yet, it hasn’t affected how much she’s inspired her career. “It just goes to show how much you can connect with someone based on their work,” she says.